by River of Electrons 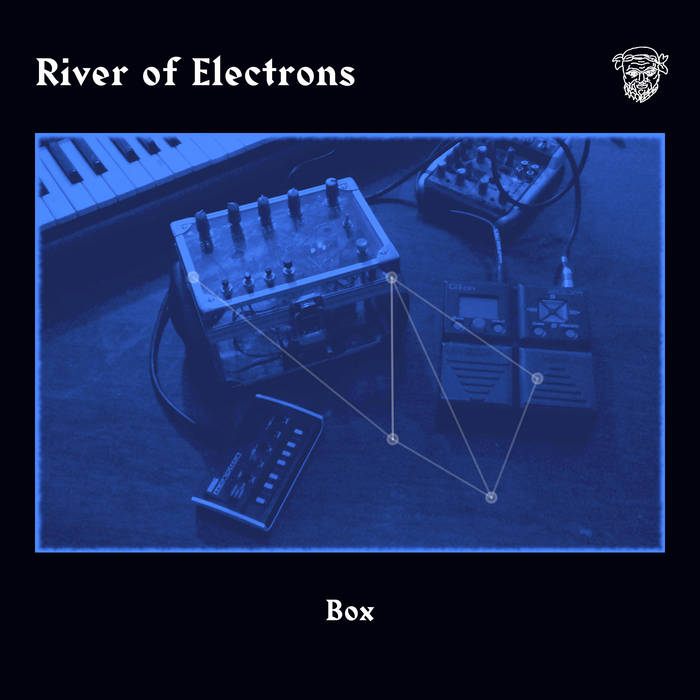 The fountainhead of the River of Electrons is a Groovesizer MK1 (moshang.net/soundjeweler_blog/technique/groovesizer-diy-16-step-sequencer-and-synth/), the eponymous "Box", that the artist received as a present for Christmas in 2016. At the heart of the Groovesizer is a primitive Arduino board. It was made by another Brasília-based artist, Hieronimus do Vale (www.hieronimusdovale.com), based on an open-sourced design and software developed by MoShang (moshang.net).

RoE combines this lo-fi sequencer with a cheap multi-fx guitar pedal, a Korg Monotron, a PocketCHIP running Sunvox, and another Arduino cranking out noisy drones. But this is not an exercise in teasing out musical sophistication or subtlety from such primitive equipment. Instead, each box is indulged, given full rein to strut and flaunt whatever crude spectacle it can muster.

The result is a strangely compelling, familiar but idiosyncratic sound-world, equidistant between cloudy, reverb drenched, ambient excursions; early dub that joyously throws whatever primitive, gratuitous studio trickery it can get its hands on across the tracks; hypnotic squelchy acid jams from the second summer of love; and harsh lo-fi electronics.

Imagine Harold Budd with a TB303, recorded in a circuit-bent Black Ark.

In a famous interview Brian Eno once described a beautiful musical experience he had had, hearing a record put on so quietly it was at the threshold of audibility. Box too seems to take an almost perverse delight in quietness, forcing the listener to block out competing sounds or wear headphones to focus attention on the miniscule. A shredding overdriven Arduino solo, fed through the noisiest distortion effects, dips below -20db. "Real" instruments - piano, recorder, electric organ - are occasionally engaged. But are submerged so deep in the mix they add no more than a barely perceptible, subconscious, patterning beneath the bubbling, rippling surface of the river.

Built by Hieronimus do Vale